Jordan Maron (also known as CaptainSparklez) is a gameplay commentator and parodist on Youtube. He quickly gained fame with his commentary on Minecraft videos. Sparklez also posts gameplay of other games such as Happy Wheels, Left 4 Dead 2, Portal, TF2 and Call of Duty, often playing in co-op with some of his friends.

CaptainSparklez is famous for his Minecraft song parodies. He sings these with fellow YouTuber TryHardNinja. His channel holds the record for the top 3 most viewed Minecraft videos with his parodies Revenge, Fallen Kingdom, TNT and Minecraft Style. In fact, many of his videos are considered the "gold standard" for Minecraft parodies, and are looked up upon as some of the greatest Minecraft songs ever written.

Jordan has (as of August 2019) parodied 12 popular songs (not including remixes or fan-made songs). In music videos, Jordan is always accompanied by fellow YouTuber and friend, TryHardNinja, who provides the lead vocals in all of the parody videos. All of the parodies published by Maron have gone viral to different degrees. As of August 2019:

Sometime in 2014-2015, many of his major parodies (TNT, Revenge, Minecraft Style) were made private due to copyright issues. They could still be watched on other channels, though. Later on, Jordan had to re-upload TNT and Revenge as original, rewritten songs. Fan reaction was generally mixed to negative, as fans had grown up loving his parody versions.

In 2018, the original parodies were once again uploaded, much to the fans' delight. Around this time, Revenge became an internet meme (especially the line "Creeper- aw man!"), renewing interest in Jordan's parodies. 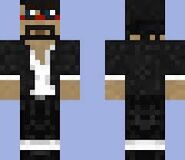 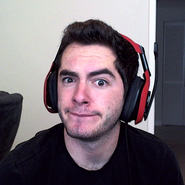 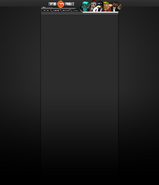 CaptainSparklez' Youtube Background
Add a photo to this gallery
Retrieved from "https://minecraft-music.fandom.com/wiki/Jordan_Maron_(CaptainSparklez)?oldid=10379"
Community content is available under CC-BY-SA unless otherwise noted.